This has been going around the net, but just in case you haven't seen it.... 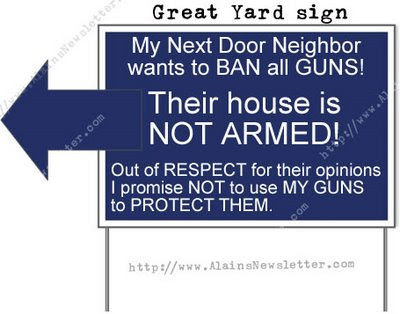 One of our guys who has kind of lost interest, let's hope temporarily, is looking to sell his STI Edge. It is a STI Custom Shop gun with the tri-top slide, with a Koenig hammer, EGW sear (great trigger job), and tungsten guide rod. Also included are 6 mags with Dawson basepads, and a CR Speed holster. I doubt this gun has more than 5,000 rounds through it.

I figure in total it would be prety close to $2500 to buy this stuff new. He is asking $1800. Let me know if you're interested and I'll get you contact info.
Posted by Howard C. Thompson at 1:58 AM No comments:

There's not much going on in the shooting world of York. We're kind of in between matches. I'l think of something better to post next week I promise.

Meanwhile, remember our veterans who gave so much for our freedom.
Posted by Howard C. Thompson at 3:56 PM No comments:

I'm sure some of you have heard by now, the 2009 Area 8 Multi-gun Championships at Topton has been cancelled. A lighter than expected registration has led us to pull the plug. It is not financially viable, and the low turnout would not justify running an Area level match, we cannot move forward with it.

Now the good news: Dean and I have decided because we already have the stages planned, some time off from work, and Topton's ranges for the weekend we might as well do something with them. Although, we can't justify a $125 match fee and an Area Championship level match we can still put on a pretty good show, and we think we can get enough shooters to make it a very competitive event. So we are hosting a 7 stage multi-gun match the same weekend, June 19th and 20th. The match fee will be $75, and we plan on doing some really nice cash payouts, and we have some sponsor prizes to give out as well. Dean told the sponsors already committed we were downsizing and most of them said to keep the stuff they had already donated and give it out.

The details as we currently know them:
- Dean and a few of his guys, and a few of us from York will set up the stages on Thursday.
- There will be a limited number of squads shooting on Friday, mostly staff
- The majority of competitors will shoot Saturday.
- Immediately after shooting ends we will tear down stages. All competitors will be asked to help at match briefing.
- After teardown is complete we will give out prizes and checks. You must be present to win prizes. Checks will be mailed.

If you haven't signed up yet contact Dean. It's not too late, but this new leaner match has a very limited number of spots available and it will fill up. Do it soon.
Posted by Howard C. Thompson at 1:21 AM No comments:

Have a nice memorial day weekend, remember and thank those who gave their all.

Please be aware that the ranges are closed on the following dates.

Thursday, May 14th the rifle range is closed
Friday, May 15th and Saturday, May 16th all ranges are closed for a benchrest rifle shoot.

Saturday, May 30th the entire club is closed until about 6:00pm for the Youth Feild Day.

I know that seems like a ton, but a lot of activity is a sign of a healthy club.
Posted by Howard C. Thompson at 1:29 AM No comments:

The results from the May match should be posted momentarily at our website www.yorkiwlaipsc.org

There are a couple scoring issues we're working on. These results are preliminary. One of the classifiers was laid out incorrectly and will remain a scored stage, but will not be sent in as a classifier. The other was not entered properly in the Palms, but we may be able to salvage the data. Sorry for this confusion. We knew the learning curve with this new system would be steep. We hope you'll bear with us while we get the hang of this.

Thanks for participating. From all reports it was a fun, but very challenging match. Some of these stages looked as tough as any I've ever faced. If you didn't do well don't be discouraged. I hope to shoot them one day at practice this week.

Look forward to June. We'll be hosting a 5 stage pistol match and a 4 stage shotgun match.
Posted by Howard C. Thompson at 2:03 PM No comments:

May match is still on

Accordingly to the accuweather hourly forecast for tomorrow we could get lucky so we are still full speed ahead for our monthly USPSA match. Hope to see you there.

Oh by the way, we do have a contigency plan to scale back the match a little should our luck run out, but we are shooting either way.
Posted by Howard C. Thompson at 3:33 PM No comments:

In case you were not aware... The NRA is giving FREE 1-yr memberships to everyone who wants to join.They are trying to build up their membership to fight pending legislationthat impacts our right to keep and bear arms. It is very important thatanti-gun congressmen see how many people they will have to fight to gettheir legislation through.www.nrahq.org/nrabonus/accept-membership.asp

If you're a shooter and you're not an NRA member you should be ashamed of yourself.
Posted by Howard C. Thompson at 1:17 AM No comments:

On Saturday, May 9th (the day before Mother's Day) we be hosting a USPSA match at York Izaak Walton. We expect it to fill up quickly. You may sign up by emailing yorksignup@gmail.com your name, USPSA #, division, and squadding preferences.

Replying to this email will NOT get you signed up. You should get an email confirming your successful sign-up within a day or two if you're in.

We will be hosting a 7 stage pistol match (one of which is a classifier) with about 160 rounds minimum required. Match fee will be $25.

Food and drink will be available for purchase.

Please drive slowly on our lane when entering and leaving.
Posted by Howard C. Thompson at 3:21 PM No comments: