The second in our series of quizzes on rules and scoring.  The answers are in the comments.

1. Competitor X engages the required targets with his shotgun and safely grounds it in the same barrel where he had previously grounded his rifle.  Is this allowed?  If not, what is the penalty?


3. Competitor Y thinks the firing pin in his rifle is broken and wants to take his bolt carrier group out and check it.  Where should he do this?


4. A claybird, correctly engaged with a shotgun only has one pellet sized and shaped hole in it.  Is it a hit or a miss?

From York's lost and found. 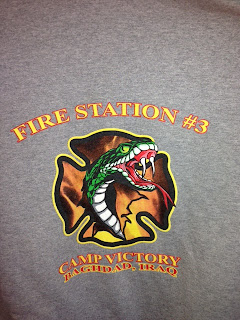 Recovered this a while ago. I'm sure the owner would like it back
Posted by Gary S at 6:57 AM 2 comments:

We are now taking applications for the Spring 3 Man 3 gun at York Izaak Walton.  This match will be held on Sunday, April 14th and is always a crowd pleaser.  Find a couple buddies and get your application in the mail.  It will fill up fast.

Link to our application http://www.yorkiwlaipsc.com/forms/York_3m_3gun_Spr2013.pdf  Print it, fill it out and mail it in with your check.  All teams must be paid in advance.  Note that if you want to play for cash prizes you must include an additional $90 for that.  This is not winner take all.  We pay back 100% of the additional money and it goes deep.

I also know that Dean is taking applications for his Colt Team 3 gun series.  It costs a little more but he has a ton of prizes to give away. Here's a link to his page  http://www.toptonfga.org/IPSC/taps_3m3g.html

If you're not sure what 3M3G or team 3 gun is check out youtube.  There's a ton of videos.  Search for York 3M3G or Colt series team shoot, or some combinations of those terms.  I don't think you can have more fun shooting than 3M3G.
Posted by Howard C. Thompson at 4:13 PM 3 comments:

Posted by Howard C. Thompson at 5:15 PM No comments:

Look at what you missed!

Our new PR Videographer Ethan, was at it again on Sunday.  Here are the games we played.
Nice work Ethan, thanks!

Here is my first rules and scoring quiz.  This is a short self-graded test that will help you familiarize yourself with the rules and scoring that we will be using at York Izaak Walton and the 2013 FNH Championship in September.  My intent is to post a quiz for you every two weeks or so until we know these rules inside and out.   It will help you as both a shooter and a staff member to take these quizzes.

The link to the rules we will be using is http://www.yorkiwlaipsc.com/forms/3g%20MATCH%20RULES%20Final.pdf You should print yourself a copy to use for the quizzes and to have for future reference.

The scoresheets we will be using at York this year will be the following: http://www.yorkiwlaipsc.com/forms/3g%20score%20sheet%20front%20pits.pdf and http://www.yorkiwlaipsc.com/forms/3g%20score%20sheet%20back%20pits.pdf  It would probably be helpful to print each of these for the quizzes and to be familiar with them for our matches at York.  The scoresheets for the 2013 FNH will also be similar.

I will post the questions below and the answers in the comments.  Be honest.  Try to figure them out for yourself using the rules and scoresheets.  If you have a question or need more detail email me or ask in the form of a comment.  Good luck, H-


1. You happen to look back and notice a competitors child doesn't have their eye protection on.  Should you say something?


3. A competitor's handgun falls out of his holster during the course of fire.  You know it's not loaded because it was unloaded at the start, and he was shooting rifle first and when he got up from prone it tumbled out.  What should you do?


4. What is the required power factor for Tactical Optics division?


5. A competitor shoots a stage and although he has all the required hits up until the last position which is the only place he can see the last two handgun targets and he doesn't have enough ammo to engage them and does not.  The timer shows 61.01.  What is his total time?
Posted by Howard C. Thompson at 1:01 AM 5 comments: